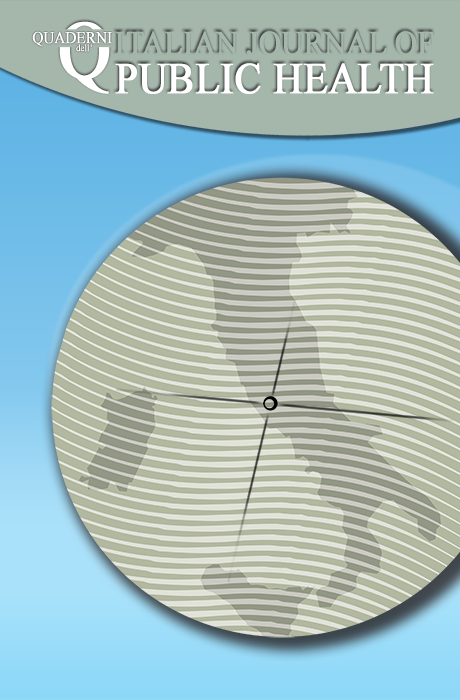 The published literature on TAVI is wide and consolidated, especially regarding the efficacy, safety and economic outcomes in the mid-long term in the elderly population. Few evidences were found on the organizational impact of these technologies. Nevertheless, TAVI results a widely used technology in the clinical practice in patients affected by aortic stenosis.

The aim of this report is to provide an overview of the clinical, economic, organizational and ethical impact of use of transcatheter aortic valve implantation (TAVI) in the treatment of patients affected by severe symptomatic aortic valve stenosis; assess the heterogeneity of the different HTA reports, the level of knowledge achieved about the TAVI procedure; evaluate the added value provided by the replication of these reports. This study poses a particular focus on the International setting.

In order to achieve the aim of this research both a literature review and a field research were performed. Two reviewers blindly screened the records retrieved against pre-defined inclusion/ exclusion criteria. The selected studies where summarized narratively, following a simplified version of the EuNetHTA Core Model® 3.0. A specific methodology has been designed in order to sinthetize the completeness and soudness of the evidence generated by multiple HTA Reports, metanalysis, systematic reviews, registries and TRIALs.

Health problem and current use of the technology

Aortic stenosis (AS) is a congenital or acquired aortic valve disease, that occurs when heart's aortic valve narrows. It represents the most common valvular disease, implying the progressive and rapid development of a heart failure. Aortic valve stenosis can occur due to many causes, including congenital heart defect, calcification, rheumatic fever. It is the most common native heart valve disease among adults in Europe [1,2]. The prevalence of this disease is strongly linked to the population ageing, and as such is expected to represent an increasingly important public health problem [3]. Symptoms of AS can include angina pectoris, dyspnoea, heart failure, syncope and in some cases sudden death. After the onset of symptoms, the prognosis could be potentially lethal for patients without treatment. The average survival rate, since the symptoms’ onset, is equal to 50% at 2 years and 20% at 5 years [3]. The key diagnostic tool for AS and its severity is echocardiographic examination and doppler [1,2]. A valve opening area below 0.6 cm²/m² of body surface area is a marker of severe AS. The choice of the intervention mode should take into account the cardiac and extracardiac characteristics of the patient, the individual risk of surgery, which is assessed by the judgement of the Heart Team in addition to scores, the feasibility of TAVI and the local experience and outcome data [4].

Technical features of the technology

TAVI is a less invasive alternative to open cardiac surgery for treating aortic stenosis, avoiding the need for sternotomy and cardiopulmonary bypass. Transcatheter access to the aortic valve is achieved mainly by the retrograde transfemoral (TF), transapical (TA) or transaxillary/subclavian routes. Other routes of access are: direct aortic access and transcarotid access [5].

There are numerous evidences about costeffectiveness rate of TAVI procedure. Orlando et al. [6] proposed a model to evaluate the costeffectiveness of TAVI compared with standard therapy in patients who require aortic valve replacement but are high risk or not fit for conventional surgery (SAVR). The base-case results showed TAVI as costlier but more effective than the medical management, with an ICER of £12,900 per QALY. A US study also evaluated the cost-utility of TAVI compared with standard care in patients with severe AS that are ineligible for conventional SAVR. The results of the study found that TAVI generated an additional 1.3 QALYs at an increased cost of $79,837/patient. As such, the incremental cost effectiveness of TAVI was estimated to be $61,889 per QALY. Different studies and institutions provide information about resource consumption related to TAVI procedures. In detail, resource utilization, in terms of economic impact, is estimated at around 24,000€/ intervention. Results of CE analysis performed, in the Italian context, show that considering the SSN Perspective TAVI would be considered cost-effective at frequently cited willingness to pay thresholds in Europe. Similar conclusions emerged over a range of analyses performed considering different time horizons and also modelling real-life scenarios to better depict the context, current technologies and improved learning curves with respect to the literature. Further studies may help shading light about CE of TAVI in real-life scenarios and even considering real costs [7].

General re-organisation and a specific training are necessary to adopt a new technique. Different studies state that it is premature to discuss the organizational prerequisites for a nationwide TAVI interventions program. It requires a learning curve in the procedural success and international experts stress the importance of a collaboration among a “Heart Team”. These procedures are technically challenging and can only be considered by experienced clinicians and cardiology teams. Expertise in interventional and surgical management of vascular diseases and complications must be available. Comprehensive recording of performance and patient outcome data at the level of the given heart valve centre is essential, as well as participation in national or ESC/EACTS registries.

Healthcare Improvement Scotland is committed to equality and diversity in respect of the nine equality groups defined by age, disability, gender reassignment, marriage and civil partnership, pregnancy and maternity, race, religion, sex and sexual orientation: not adverse impact across any of these groups was expected. In order to compare the different evidences included in this report, the evidence has been summarized and evaluated according to various aspects: robustness, generalisability and internal coherence. The general assessment shows that, except for organizational, ethical and social aspects, the domains identified according to the EuNetHTA Core Model® 3.0 have been discussed and argued in each item. Therefore, despite the heterogeneity of the different reports, the achievement of a good level of knowledge has been demonstrated about TAVI procedure in the international setting, to the point that the scientific literature about it seems to have been sufficiently argued and discussed in every respect.

Aortic stenosis is a congenital or acquired aortic valve disease, which occurs when the heart's aortic valve narrows. Currently, there is no effective pharmacological treatment to solve this disease definitely; to date the aortic valve replacement surgery is the reference procedure worldwide suggested in several guidelines. Minimally invasive techniques have been recently introduced for this category of patients, such as the transcatheter aortic valve implantation (TAVI). Evidence showed that transcatheter aortic valve implantation has significant clinical benefits compared to standard therapy or conventional surgical aortic valve repair. Long- term success and complication rates of the procedure has been widely documented but registred studies has been necessary to motoring the technology for time life. In conclusion, considering this context, as shown in the report, it is important establishing guidelines on the use of TAVI in the clinical practice. The evidence supporting this technology are wide; as above described in this document, many HTA reports have been developed, with varying degrees of robustness of the selected evidence. It would be important, in the general context of HTA, consistent with the approach proposed by this methodology try to consider exclusively reports with a high and consistent degree of evidence. The latter are the only which should be taken into consideration, having a "less is more" approach. ALTEMS having reviewed most of the above evidence, recommends the use of TAVI in the patients' subgroups considered in this report as an effective and safe alternative. Further evidence would be necessary in order to investigate on the long-term period safety and efficacy in other target patients' subgroup.